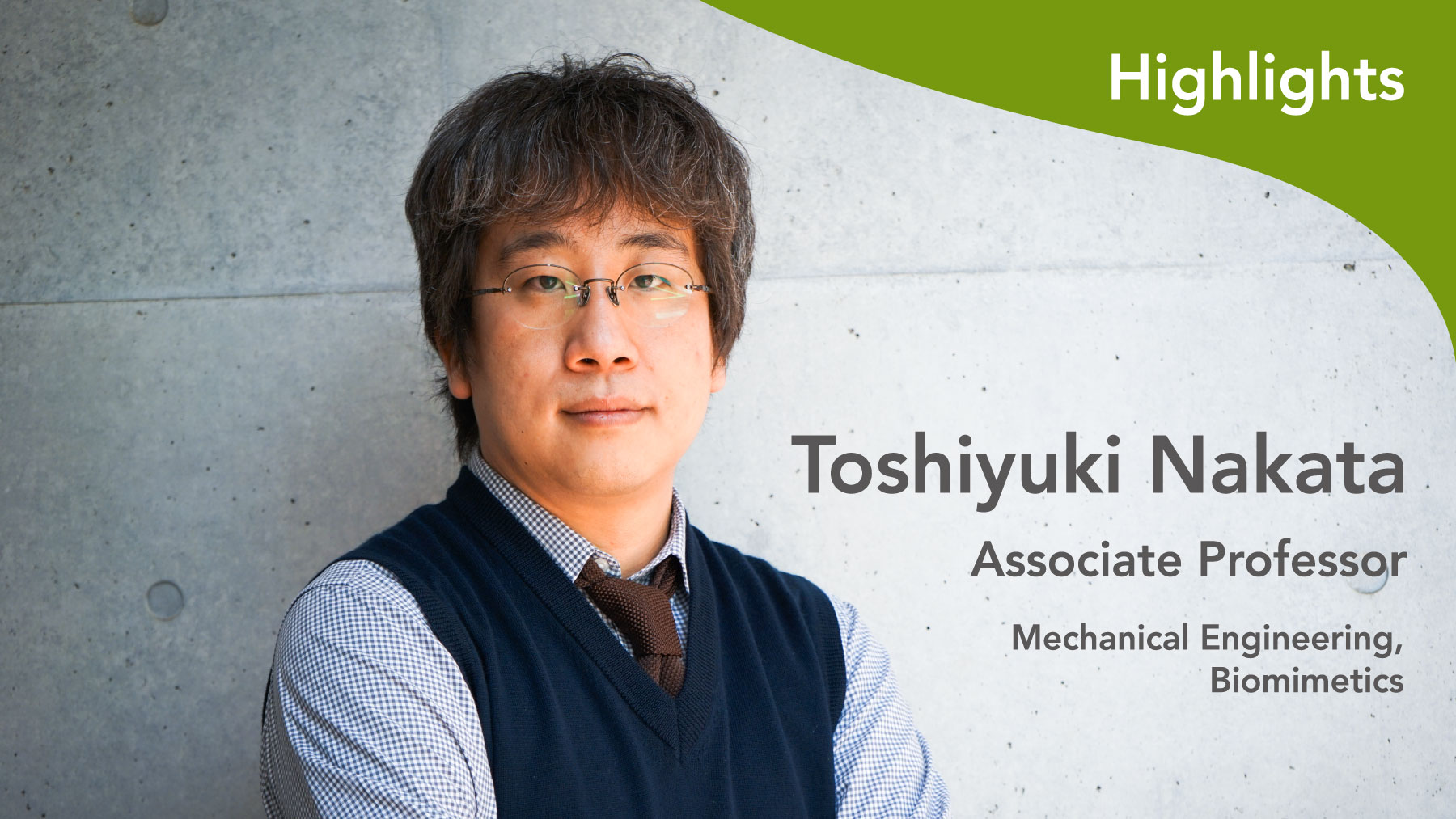 Toshiyuki Nakata
Novel Flight Mechanism hidden in the Flapping-wing of Mosquitoes
When we see the biological world, mosquitoes have a distinctive way of flying. Until recently, however, little was known about their flight mechanism.

From a scientific viewpoint, mosquitoes flap their wings about 600-800 times per second, and their wing movements, the angle of their wing strokes, is short about 40 degrees. Compared to other insects and birds, mosquitoes have a unique wing motion that even makes us wonder why they can fly. This movement, however, indeed makes them fly stably while creating a novel airflow that has never been seen in other creatures. We found this from our computational simulations of mosquito flight with their 3-D wing motion measured by synchronized high-speed cameras. In 2017, the research results were published in Nature.

Besides, the airflow, produced by mosquito flapping, bumps into things, bounces off, propagates throughout, and distorts air surrounding mosquitoes. The air distortion is captured by an ultra-sensitive sensor called the Johnston’s organ at the root of the mosquito’s antenna. A series of mechanisms that “sense the turbulence of airflow created by their own flapping” allow mosquitoes to detect the location of obstacles such as walls and floors in the dark and fly freely without bumping into them. Our simulation results showed that mosquitoes could feel changes in the airflow due to the floor below them ten times the length of the body away.
Figure 1: Flying mosquito sensing turbulence of airflow to detect the ground.
Artificial flying vehicles such as drones and airplanes also have a “ground effect” that increases lift when approaching the ground. It is a difficult task for pilots to land quietly because the air bounces around the field, and lift increases. Since we can experience these ground effects at a distance of about the length of the wing of the aircraft, you can see how the mosquito sensing function is superior if we compare aircraft to the mosquitoes’ ability to detect floors. If a mosquito was an airplane, it seems to me that it could detect obstacles at almost infinite distances.

Based on my simulation results of the mosquito’s flight capabilities, the British team evaluated the drone’s ability to detect airflow changes caused by propellers by installing pressure sensors. They proved that the drone could detect floors and walls with a simple mechanism without having individual ultrasonic sensors. In 2020, the findings were published in Science.

Mosquitoes are familiar creatures flying around us all the time, so people are keen to know about them. Still, elucidation of their flight mechanism using engineering techniques is a new field that has just begun. We hope to grasp the full extent of the flight mechanism by revealing the secrets hidden in mosquito. Taking the whole figure in reverse, in the future, I believe we can also develop a new method that does not attract mosquitoes to keep our public health.
Reference
Profile
Toshiyuki Nakata
Graduated from the Graduate School of Engineering at Chiba University in 2012. Ph.D. Post-doctoral researcher at the University of Oxford (UK) and the Royal Veterinary College (UK). Specially appointed assistant professor at Chiba University since January 2016; tenure-track assistant professor since March 2017. Specializes in biomechanics, fluid mechanics, structural mechanics and fluid-structure interaction.