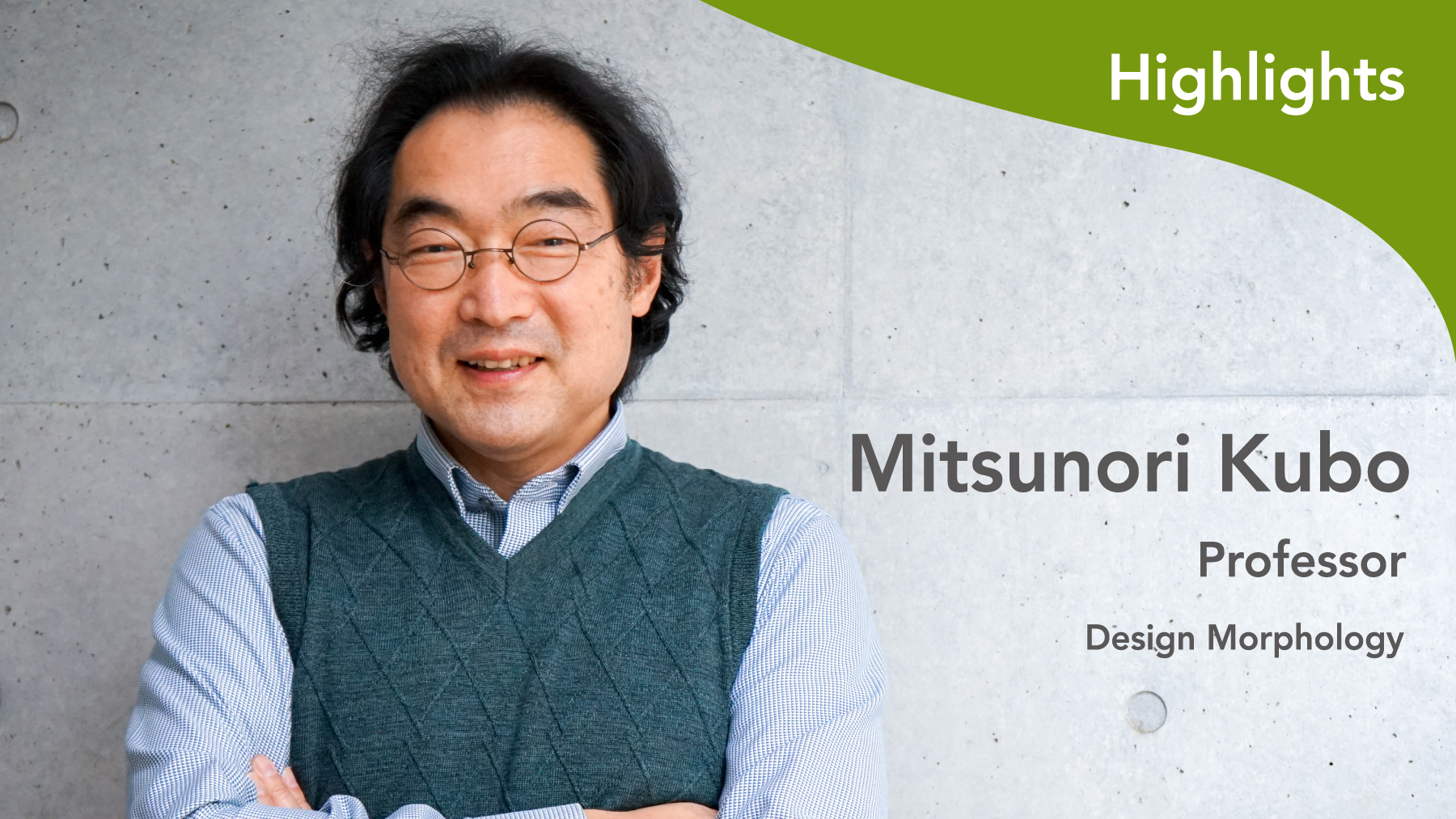 Mitsunori Kubo
Revealing Mechanical Rationality in Folk Tools for Arts and Design Principle
Japanese traditional tools used by people engaged in agriculture, forestry, and fisheries have been handed down to the next generation as “Mingu (folk tools).” The study of folk tools is called “Mingu-gaku,” and there is an academic society called The Society of Mingu of Japan. It has about 500 members, mostly folklorists, holds annual conferences, and publishes a yearly publication called "Mingu Kenkyu" (Studies in Mingu).

The Society of Mingu of Japan is different from the many other engineering societies involved in developing advanced drones and robotics. Still, they emphasize the transmission of traditional techniques through records. The Mingu has evolved as an extension of the human hands, and their forms and functions have attracted researchers in this field.

In our lab, we focus on the delicate balance of forces hidden in the structure of Mingu. For example, farming tools called Mi, which have been manufactured since ancient times to separate hulls and dust during grain threshing, are known as "winnowing" tools. The "Kizumi-no-Fuji-Mi", which is designated as a national intangible cultural asset by the city of Sosa City in Chiba Prefecture, is made of wisteria's thin bark and split bamboo strips and is characterized by its lightness and elasticity.

A computational fluid dynamics (CFD) simulation of the shape of the Mi shows that its basic form is the natural bending of the elastic material. This basic shape can generate a downward flow of air by a massive vortex. In other words, the combination of material and form of the Mi is supposed to make it possible to blow away rice husks efficiently when the Mi is swung down. The existence of structural rationality in the shape of these folk tools shows that the combination of materials and form has the best structure as a tool.
Figure 1: The large whirlpool around the curved surface shown at the Mi's bottom. When a human plced rice and rice husks in the Mi, the wind generates a vortex that blows rice husks inward from both ends.
The features of the Mingu revealed by structural and material mechanics analysis can help establishing the arts and design principle for various other tools. At the Center of Aerial Intelligent Vehicles, one of the approaches is to learn from the mechanical structure of flying organisms and apply it to the R&D of drones. By incorporating the methods of Mingu research, we can reinforce the function of the drone as a human tool.

For example, the wood's stiffness differs depending on the fibers' direction, and masterful artisans of Mingu have taken advantage of such an anisotropic property of the wood to create tools for agricultural work. Since lightweight and rigid features are also required for drones, we can utilize the outputs from Mingu research to determine drones' materials. Moreover, if we can look at the evolutionary process of birds and tools at the same level and apply it to drone development, we may be able to reveal the optimal structure necessary for the general function of flight.


Reference
Profile
Mitsunori Kubo
Graduated from the Department of Aeronautics and Astronautics, Graduate School of Engineering, University of Tokyo in 1989, and received PhD. After working as a research assistant at the Faculty of Engineering, Chiba University, current position since 2009. He specializes in modeling mechanics, structural dynamics, and vibration engineering and investigates the dynamics of shapes created by human hands.