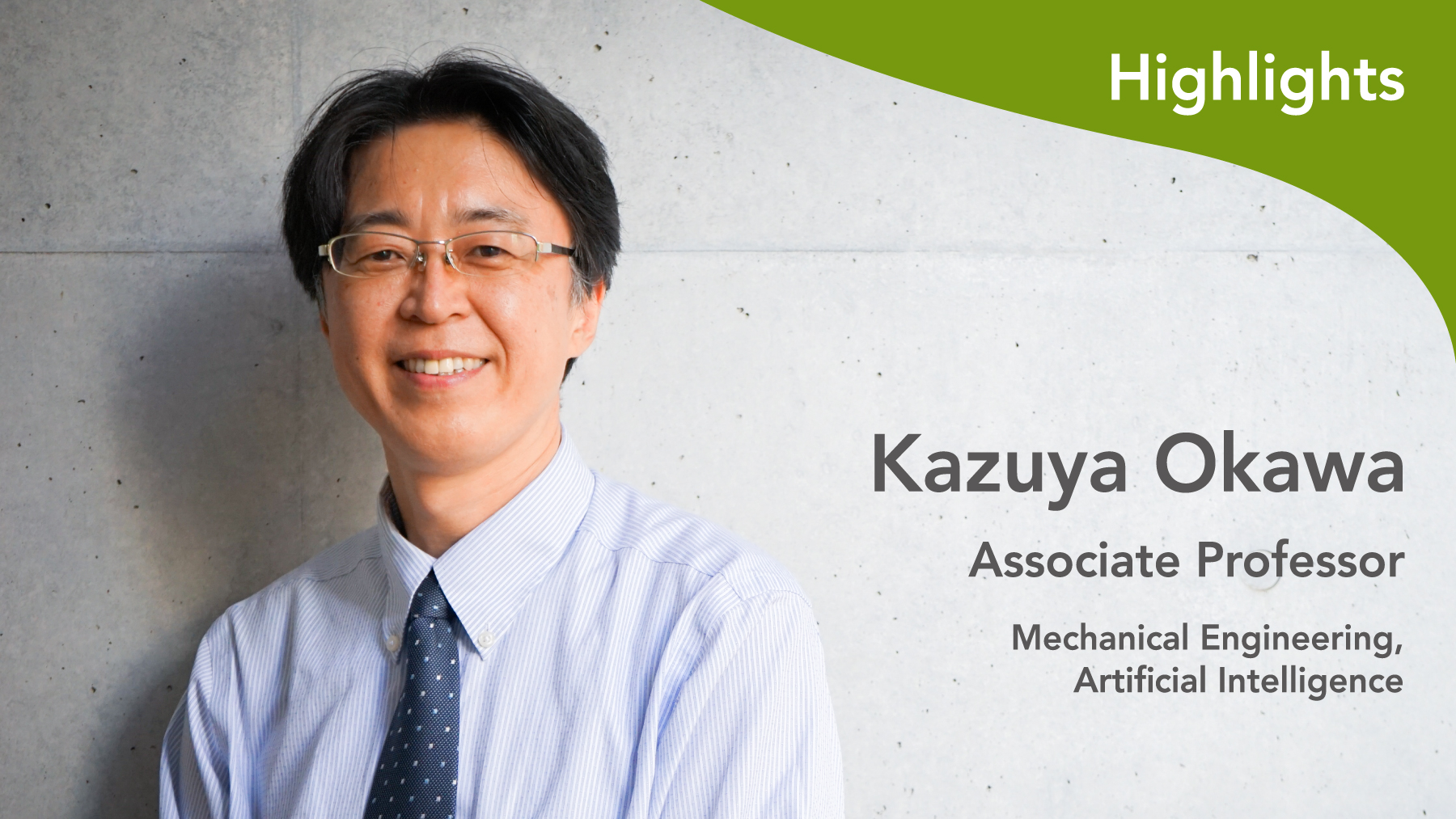 Kazuya Okawa
Developing Navigation System Inspired by Sense of Direction in Insects
In recent years, due to the widespread use of internet shopping, there has been much attention paid to improving the “last mile” service, which is the last section of the journey from each customer's distribution point. However, CO2 emissions are increasing due to the growth in the volume of deliveries and redeliveries. There are also concerns about the shortage of drivers and the deterioration of the working environment. In these contexts, there are growing expectations for mobile robots and drones that can travel on roads and in pedestrian spaces or the sky.

One of the most critical challenges for a mobile robot is position estimation. Since GPS does not always provide an accurate location, various alternative position-estimation methods have been proposed [1]. In addition to the correct “position”, it is vital to obtain the correct “direction” to ensure that it does not deviate from the driving path. For the direction estimations or measurements, geomagnetic sensors and gyroscopes are often used. However, because geomagnetic sensors are sensitive to metals and do not always provide correct direction, and gyroscopes also contain errors in calculating angular velocity, new sensors' development is in great demand.

The key to finding clues to these new directional sensors lies in living organisms. Organisms move around searching for new food and other resources, but if they change their direction at random, they cannot move far. Suppose there is a left-right bias in their movement. In that case, they will draw an arc and eventually return to their original position, so organisms that can move farther away must have the ability to move in a straight line. These organisms may have some sensory organs to detect their direction.

We surveyed existing research on bees and other insects and found that many insects use the sky’s polarization to keep the right direction. Polarization of the sky is a property of light which oscillation direction is constant due to Rayleigh scattering that occurs when sunlight passes through the atmosphere. By adjusting their movements to maintain a constant view of this light, the insects can move in a roughly linear path (though strictly speaking, their direction changes slightly in response to the sun's movement).

Here, we have developed a sensor for the robot by mimicking these insects' sensory organs to detect polarized light [2]. The sensor captures the light through a polarized film with an ultraviolet sensor and estimates the direction from its brightness. Although several studies on sensors using polarized light have already been proposed, we have added some twists to our sensor to measure high accuracy without strict calibration.
We installed the sensor on the mobile robot shown in Fig. 1 and tested it on a sunny day. We found that its performance was equivalent to the direction calculated from our most accurate fiber-optic gyro.

Although our direction sensor needs a sunny sky environment, it is different from the gyro and magnetometer widely used in mobile robots, so integrating the sensor information with the gyro and the magnetometer information will enable more accurate detection of direction in various environments.
Figure 1: A mobile robot equipped with a directional sensor that uses the sky's polarized light. A computer calculates direction based on the upper direction sensor and determine the direction of the robot's movement. A fiber-optic gyro is equipped in order to verify accuracy of direction.


In the future, we will try to reduce the system's size and weight so that we can install it on small unmanned aircraft such as drones flying in the sky.


Reference
Profile
Kazuya Okawa
Graduated from the Graduate School of Engineering, University of Tsukuba in 1999, Ph. D. Postdoctoral fellow of the Japan Society for the Promotion of Science (JSPS). Visiting researcher at the University of Southern California from 1999-2001. Associate Professor at the University of Chiba since 2016. Specialized in intelligent technologies for autonomous mobile robots.